How Capt. Vikram Batra inspires me

DPSGBN conducted the Veer Gatha Project proposed by the Ministry of Education, to raise awareness about the brave acts and sacrifices of the Gallantry Award winners among the students. The Veer Gatha project is being conducted from October 21- November 20. The projects are interdisciplinary and include paintings, essays, video enactments etc.

DPSGBN students participated in the project with heartfelt enthusiasm. The students thoroughly enjoyed researching and knowing about the heroic deeds of the gallantry award winners and accordingly submitted their wonderful writing and paintings.

We are grateful to the CBSE Board for proposing such a purposeful project where students got the opportunity to get inspired and share their thoughts through their activities.

A Paragraph on ?How Wing Commander Darryl Castelino inspires me.?

Being able to save your own life in a near death situation is already hard. But my inspiration Wing Commander Darryl Castelino has done something incredibly legendary. I mean saving the lives of 80 people at the cost of your own, is truly mythic, isn?t it? But the legendary son of our motherland, a young pilot, has done this exact thing. And that is the reason why he honoured with the Kirti Chakra in the year 2014. I was only 6 at that time so I did not know about it. But ever since I have understood the story of Late Darryl Castelino, my goal in life has changed. I aspire to be a fighter pilot. The stronger is not always the powerful. The one who can save lives rather than just taking revenge for the injured is equally strong. Now that I have thought about becoming a fighter pilot, I will make sure that I can fulfil my dream, and make my motherland proud. I know I cannot be him. But I shall try and make my own path to an achievement as big as his. Generosity just as much as he had. It may be hard, but I will do whatever I can, to achieve this goal. I do not mean the situation needs to be the same, but what I am sure of is that if need may arise, in a bad situation, I can help my siblings of India. And the place of Kirti Chakra Darryl Castelino, and his helicopter The Mi-17V5 will always have a soft corner in my heart. I know he cannot see this, but I must leave my message, ?You are immortal, and will always be a part of my heart. You are the most positive influencer I have known about?.

Veer Gatha Project ? A Paragraph on ?How Capt. Vikram Batra inspires me.?

The Kargil War was fought between India and Pakistan despite seemingly smooth diplomatic relations between the neighbors, thereby giving the enemy sufficient time to pass into Indian soil unhindered, and to strengthen their strongholds upon the Crown of India. Not until much late was the Army notified of this invasion, and as though to tip the balances further in the favor of the Adversary, the daunting altitudes and the deadly cold made it well nigh impossible to take back the peaks that were firmly placed in Pakistani hands. Yet try as winds might to steer a ship off course, if and when she docks at the harbor, sonnets of valor are spread of the crew of the vessel- and the Captain.

Capt. Vikram Batra was codenamed ?Shershaah? (The King of Lions). Of his prime achievements, it may be noted that he led the Delta company (one of the two groups assigned to the task) to a historic victory in the capture of Point 5140, the tallest of the peaks in the Tololing ridgeline. What made it uniquely marvelous was the sharp zero casualty suffered by the Indian side, a feat even Napoleon couldn?t manage. He chose the words ?Yeh Dil Maange More? (This heart yearns for more!) from a popular advertisement of Pepsi, as his success code. These words were realized in the success of Operation Vijay, the resistance led by the Army to root out infiltrators from Kargil, which raise the gaze of each Indian eye, but for those of Capt. Batra, for those were shut for eternities to come.

Capt. Batra?s chivalry and patriotism inspire us all, but they were not his only respectable traits. There is much to learn from him, what with his quick decision making in times of need, his factor of emotion which fueled his rifle more so than any artillery, and lastly his sense of responsibility, which led him to insist on being deployed onto the tough conditions of Point 4875 despite his fever and fatigue. 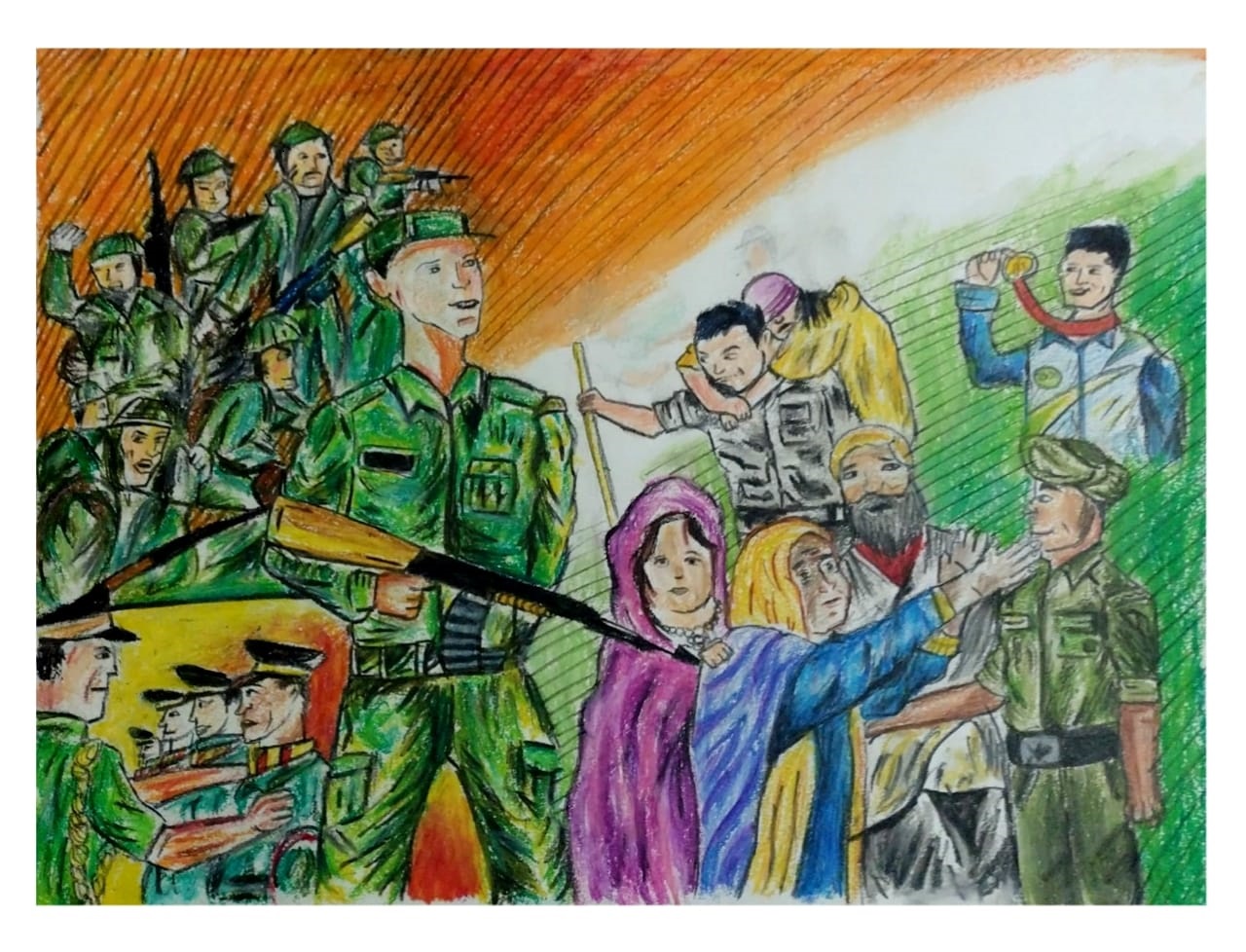