Students of classes III to V of Delhi Public School, Gautam Buddh Nagar, Noida celebrated the unique historical, cultural and social fabric of our nation in the Incredible India – Republic Day Celebrations held on Wednesday, January 25, 2017 at the School Amphitheatre. The event was graced by Dr. Sudipta Ghose, Member, School Managing Committee as the Chief Guest, Ms. Anita Gurnani, Founder of NGO Titliyan was present as an esteemed guest, while Ms. Reva Nayyar, Member, School Managing Committee presided over the event. Other eminent guests and Parent Reps were also present.

The Principal Ms Indira Kohli welcomed the guests and flagged off the event which began with the rendition of a melodious patriotic song by the School Choir. The School’s Amphitheatre was transformed into the Rajpath when the Indian Army, Air Force and Navy platoons marched past the guests displaying the perfect synchronization of strong feet and capable hands.

Then the audience was in for a treat when the tableaus of 8 states began their parade before the audience. Each tableau represented the cultural and social history of the State as the children represented the unique quality of each state right from the food to the famous personalities.

The states of Jammu & Kashmir, Andhra Pradesh, Gujrat, West Bengal, Tamil Nadu, Goa, Maharashtra and Punjab were portrayed in all their glory by the young Indians of classes III to V. The Grand Finale drew a thunderous applause from the audience. The Chief Guest appreciated the students’ efforts and congratulated them in presenting a flawless show.

The event was attended by the parents and grandparents of students of classes III to V. 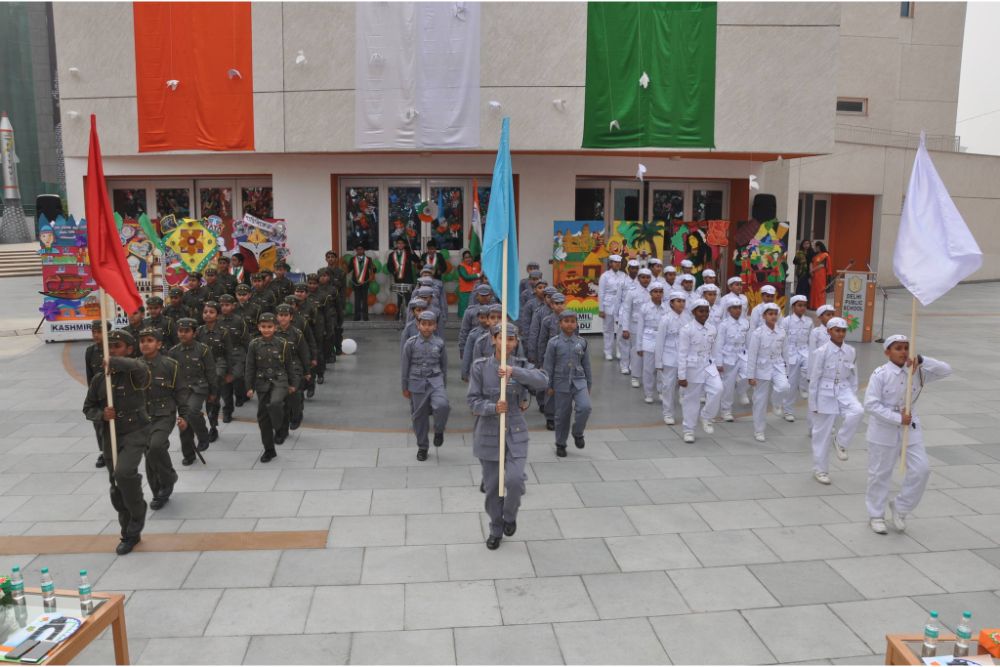 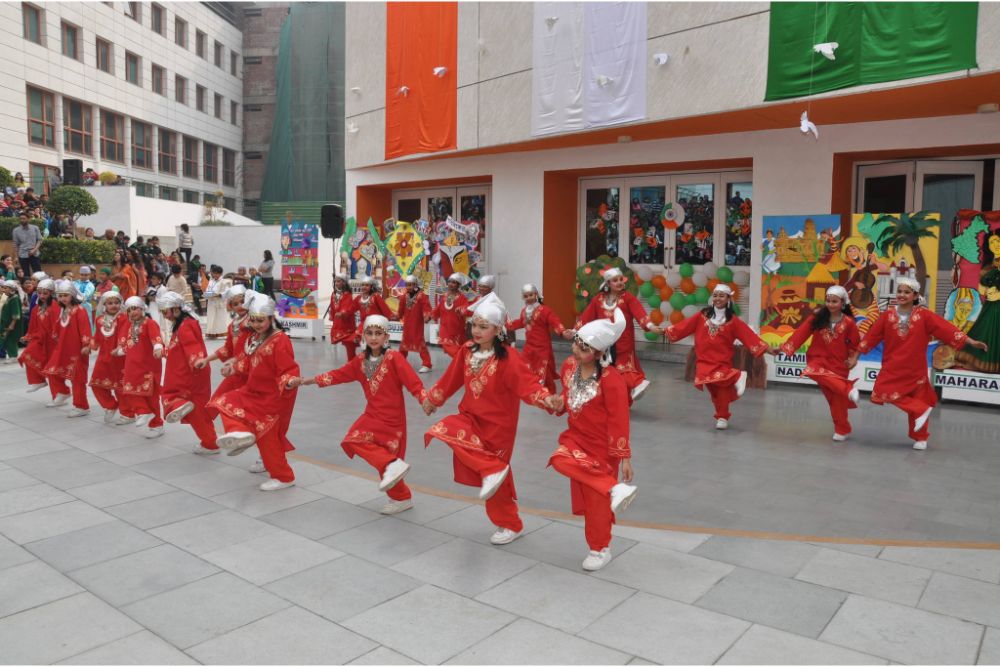 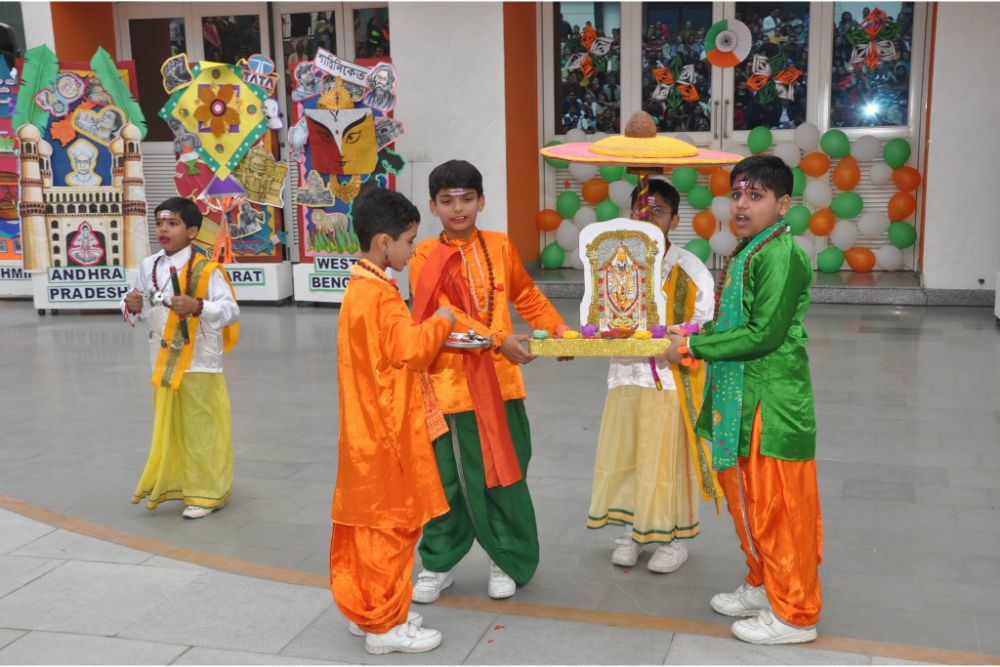 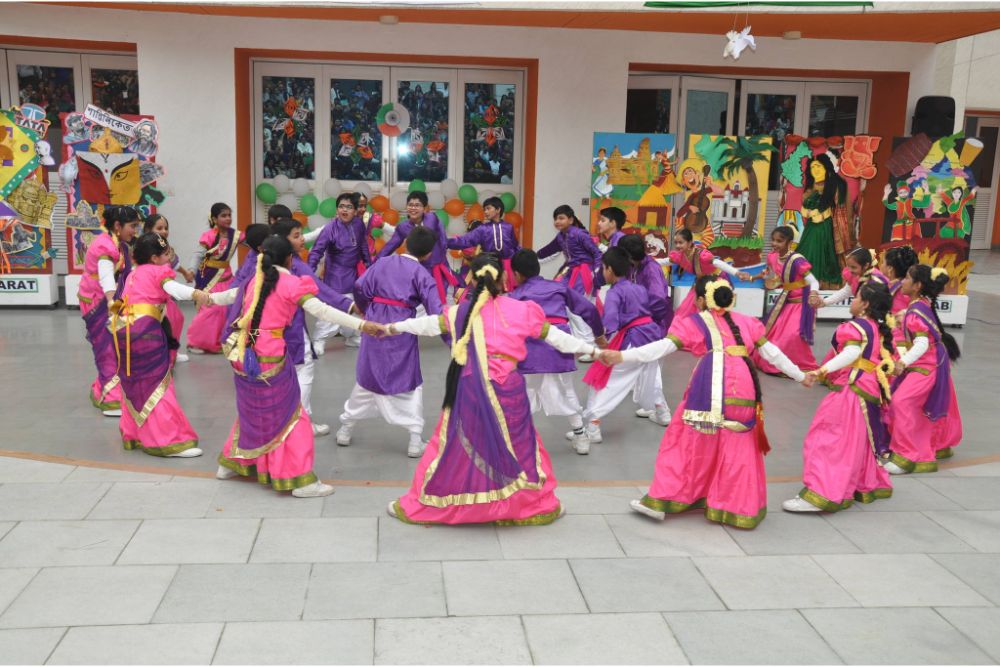 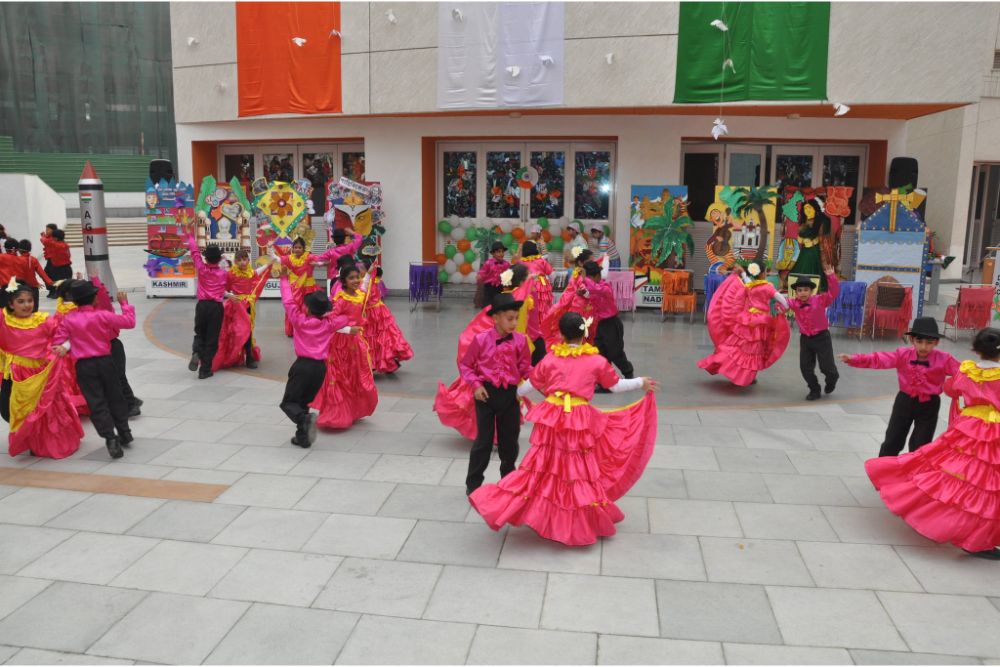 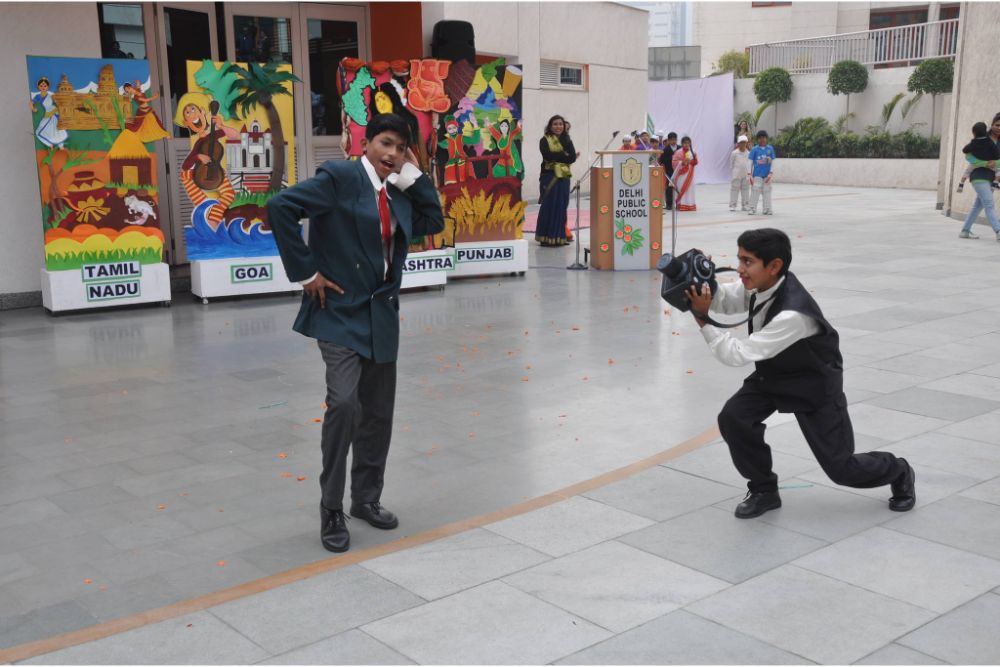 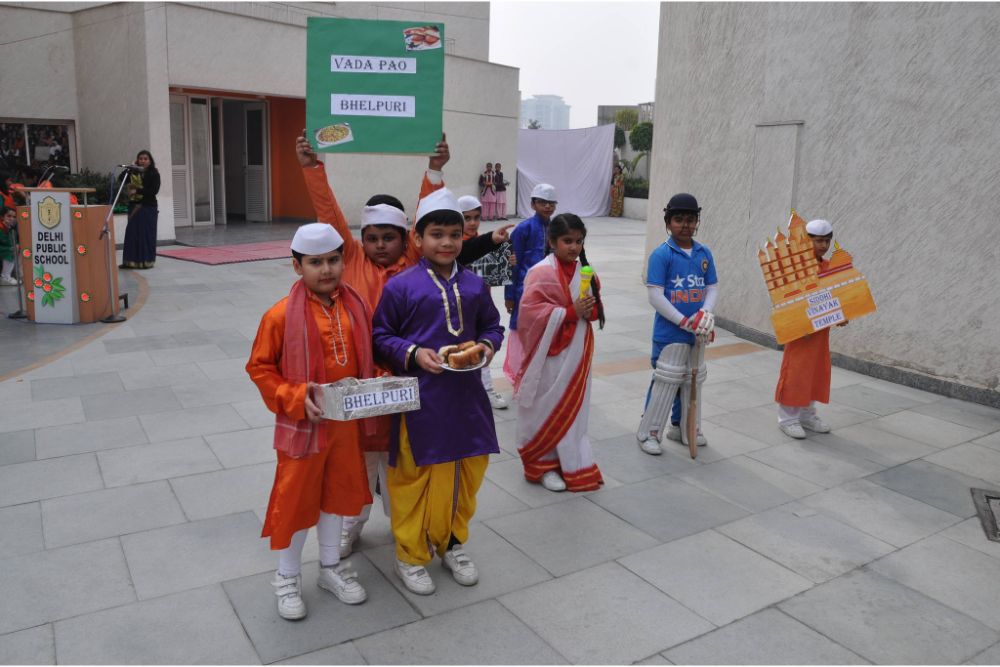